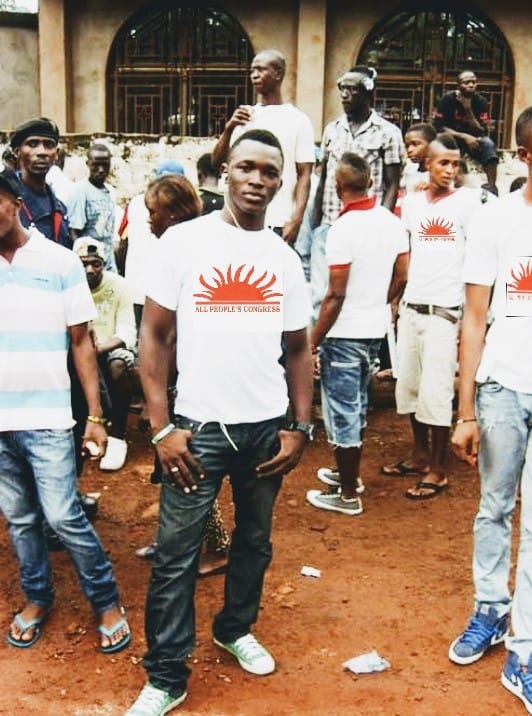 Following the announcement of the 2018 election results announcing the Sierra Leone People’s as the winner of the election, violence erupted among supporters of the newly-elected Sierra Leone Peoples Party (SLPP) and the supporters of the outgone All Peoples Congress (APC) Party.
The areas that were affected included Kenema, Makeni, Magburaka towns, and Freetown in addition to other districts where people sustained serious injuries while others lost their lives and some to the neighboring countries of Liberia and Guinea in search of shelter and safety from the new government.
There were also reports of confrontation of security forces in which many civilians and police officers were seriously injured. To this, civilian supporters of the APC party we all fully placed on theradar for violent atrocities on the then opposition, the SLPP.
An ugly incident which took place on 20th November at the Magburaka Highways APC supporters were campaigning, singing songs of courage to calm their supporters down when a seriously fierce battle ensured between them and the newly-elected party youth which resulted in the death of two of their supporters and injury of some APC youths. Things went out of control and police were able to apprehend a good number of the APC youthful supporters where Ibrahim Shour, Sadiq Kamara, and five others were able to escape and in hiding. To date, sources have it that Ibrahim and a host of the others have flown to neighboring countries like Liberia and Guinea but still uncertain. To the APC young people, they believed this incident and many others across the country have started marking the dawn to to a new era of violence, intimidation and unrest.

Uncategorized
, Ibrahim Shour, Sierra Leone after the elections in Magburaka

Help us reach our goal. Make a Change: Investing in Education for Children on @globalgiving: https://t.co/cgXW35wwEZ pic.twitter.com/zJsEsF2azQ

we work in partnership with others in overcoming the many barriers that are holding back development and at the same time build the capacities of citizens and their institutions by providing the needed tools that enables them to effectively engage in decision making.
1st Floor, 18 Priscilla Street Freetown, Sierra Leone
+232 76 307651 / +232 78 198224 UK: +44 7452 050127